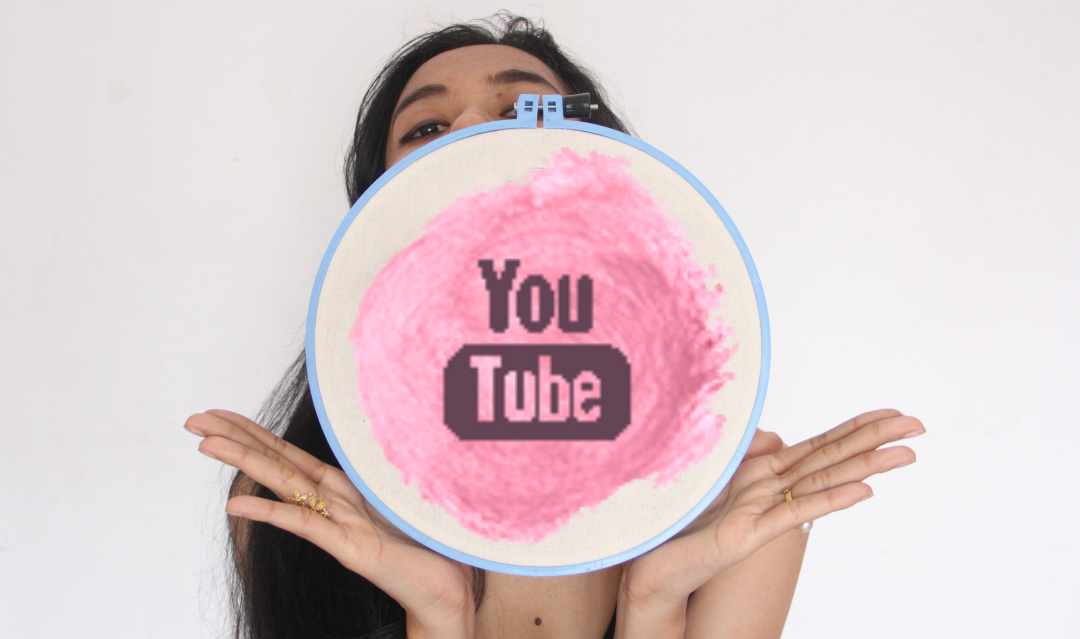 At the age of 26, when most of my friends are filling my soc-med timeline with their wedding or kids photos, I shared my first youtube video. Yes, that’s my second child in 2017. My first daughter was born in 2013, which is my craft shop, got rebranding this year, so it’s like reborn.

All my kids; my shop, blogs, and youtube channel, may not have blood and flesh, or chubby cheeks and thighs, but their ROIs (Return of Investment) are faster than those with. LOL.

What was I thinking that made me suddenly join the youtube pond? To be honest, I’ve never planned to broadcast myself before, that just looked too narcissistic for me, haha, and I didn’t have the guts to talk in front of a camera. I can talk more confidently with my thesis supervisors or bosses than to a camera. I feel it can be so judgemental.

But since I am a true millennial, I realized the importance of putting my self on the internet map. I want to reach and be reached by more people. Besides the fact that I love sharing and the people who love sharing, I believe that my personal branding is my future investment. If I’m good at something, I have to find ways how to present it. Especially that I’ve already decided to stop working back-stage for other people/ company/ organization.

I do many different things, from blogging (this personal blog and my craft blog), youtube content making, making and selling my crafts and studying fashion design. But in the end, actually all of these are connected into one stream that will help each other.

It was on February 28th 2017 that I made my first youtube content. Weeks before that, I spend days and nights to brainstorm what the channel is gonna be and what I expect from it. I collected ideas, listed what I need etc, and even the scripts. Maybe sounds too much for some of you, but believe me making videos–moreover if you have no background knowledge in film-making and directing–is hard. Even making stupid videos is still not easy.

I may be a bit late to start at 26 if compared to many famous indonesian youtubers are so much younger than my age. But I think in one side it’s good because at this age I can think more deeply why and how to start things, meanwhile at younger age, fame (which they call a success) is most likely accidental than by design/ hardwork. That’s why many people are racing to do more and more stupid challenges or cringe-worthy videos for five-minutes fame.

At this age, I know my self and dont wanna be dictated by trend nor other people’s standard. I understand that it’s better to attract people who are also into your things than just people who demand you to entertain them by doing stupid controversy. I understand this because it’s actually not the first time I posted my videos to entertain/ share with people. When I was still a student I posted three lipsync videos of me to local songs that I kept on Facebook for years (now they’re erased in order to reduce the number of evidence of my puberty stupidity). At that time I didn’t know why I did it, I didnt care about what people can learn or get from me and how it would affect me in the future, but you know what, those vids got many views and likes instantly. I started with one stupid shallow video, then due to the good response I felt motivated to be more stupid (yeah, blame the audience too. Why they like to make stupid people famous!).

But the so-called quarter-life crisis hit me, what is living and doing what we’re doing truly all about? Something that only looks fun or interesting is temporary. I dont wanna feel ashamed of my self when I look back to my past and realized that I’ve contributed the morality degradation. I dont wanna be found on Google search as the untalented girl who lipsync traditional songs. And I have to be realistic that by being idealistic, it will not be easy sometimes, because not all people share the same interest. Especially that crafting and sewing is not considered as a sexy hobby. LOL. Not many people know that girls who craft are actually the dream partner, we have the patience and loyalty not to just follow what’s in trend. Note that down, boys!

My channel’s subscribers and views growth are not fast, but we should not compare ourselves to others. And in fact, even though it’s slow, it keeps making progress, and it’s better than nothing. After 8 months, I’ve gained over 340 subscribers and thousands views. The numbers are always growing so far, that I’ve reached the stage where I get one subscriber daily. In the first week, I could say I was feeling hopeless and unmotivated because I thought nobody’s gonna watch them. Seeing the statistics, I feel proud that I actually just had super low expectation, like ten people to watch my videos were enough for me at that time. So, now after seeing my videos gain hundreds of likes, it feels very great knowing that number of people liked and watched my videos and they found them useful or interesting.

But well, the other side of putting yourself on the internet is that you have to be ready with criticism which sometimes are not in the form of constructive criticism. There are many useless bullies on the internet that just like to bring other people down. I got my first hate comment just recently, saying that I looked like a crazy person and needed to go to mental hospital. Well that’s okay, I respect freedom of speech, besides, it’s also true that I am crazy. Sane people rarely make history.

During 8 months, I evaluate what I’ve done not properly and what needs to be improved. One example, I underestimated myself and videos, that I used copyrighted music because I thought maybe only 100 people would watch them. I was wrong. Then I didn’t set clear target nor organize the social media optimally. In Bali, I’ve met some people making money from social media, youtube, blogs, podcasts, etc. I’ve learned from how they do things, so professional and dedicated. Money is not my priority, but it’s true everything in life should have a clear target.

I haven’t monetized my videos, but I had been offered twice to speak in events about crafts. One of my target in 2018 is to reach 1000 subs. And there are still so many things I plan to do. Wish me luck and watch me nay-nay-nay!

I'm Citra Ayu, a fashion designer-turned-graphic designer, living her best life in Bali, Indonesia. A creative soul with a restless mind who’s not afraid of trials and errors and then shares them to the world. Has a Youtube channel about sewing-and-design-related stuff. Been attached to the internet since 1998. This blog is the digital documentation of my life journey and thoughts from time to time. Click here to read more about me.

I'm Citra Ayu, a fashion designer-turned-graphic designer, living her best life in Bali, Indonesia. A creative soul with a restless mind who’s not afraid of trials and errors and then shares them to the world. Has a Youtube channel about sewing-and-design-related stuff. Been attached to the internet since 1998. This blog is the digital documentation of my life journey and thoughts from time to time. Click here to read more about me.

More posts on the blog

END_OF_DOCUMENT_TOKEN_TO_BE_REPLACED

Recap and The Next Things

This is just a typical year-end contemplation and...

Wanna say 'Hello'? Awesome! I'd love to hear from you! But first, HOUSE RULES: 1.) Be Nice, 2.) Don't try to pitch me anything. Cool with that? Fill out the form below and I'll get in touch with you 😀